To learn more about how we can help...

Please call us at

Get Social with Us!

It is my pleasure to introduce colleagues with whom I have worked for many years. Each have been successful business executives, accomplished entrepreneurs, educators, consultants and thought-leaders in their area of expertise. They are passionate about their work and are highly effective solution providers.

Please feel free to contact them with any questions you may have.

Dr. Howard earned his Doctorate in Social and Organizational Psychology at the University of Oregon in 1977, and worked for the next two years in private, non-profit research organizations. With an inclination for business and a desire to apply his education in a real-world setting, he launched a 30-year career in entrepreneurial settings, owning and managing several different successful businesses. Twice he set up from scratch sales organizations that built annual sales from zero to over $100 million, in periods of less than 5 years.

In 2001, John and his spouse, Rhonda, formed Performance Resources, Inc., to help other businesses apply both the fruits of their business experience and John's professional education, combined with the information tools developed by Profiles International, Inc. John can be reached at 435-654-5342, email jwh@prol.ws, and http://www.prol.ws

Dr. Laric has 30 years of experience as a consultant, trainer and academic administrator, educator, and author specializing in new products development, entrepreneurship, and marketing management and strategy. Mike holds a New Product Development Professional Certificate from the Product Development and Management Association where he is a charter member. As consultant, trainer and entrepreneur he has consulted with business, public, and not-for-profit organizations including American Express, AT&T, Bankers Trust, Black & Decker, The Census Bureau, Chase Manhattan, CSX Corporation, Canadian Tires Acceptance, Elmer Perkins, and Frost and Sullivan to name a few.

As a trainer, Mike developed and presented seminars about Marketing, Sales and Forecasting to over 7,500 managers in North America, Western Europe and the Middle East. Over 100 customized seminars were conducted for Fortune 500 companies in the U.S. and Canada.

Mike is also a Professor who teaches at the Merrick School of Business at the University of Baltimore where he has also served as the Associate Dean, and as Division Director of the Management and Marketing Division. He directs the Center for Technology Commercialization which works with inventors,
incubators, Federal R&D laboratories (NASA, NIH, DOD, USDA) and numerous small and medium size companies in to help bring new technologies to market.

Dr. Laric holds a BA and MA from the Hebrew University of Jerusalem. His Ph.D. in Marketing is from the City University of New York. Dr. Laric has published over fifteen books dealing with building computer models for marketing analysis. He has written over three-dozen scholarly articles, and numerous technical and consulting reports, for Fortune 50 companies. Mike can be reached at 410-837-4935 and mlaric@ubalt.edu. 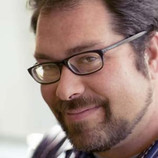 As the founder of one of Baltimore's first Web development firms in 1995, the founding Dean of the School of Design and Media at Philadelphia University, and the co-author of one of the first books about the Web (The Mosaic Quick Tour series) in 1993, Sean has over 15 years’ experience designing, developing, planning, and executing interactive media.

Dr. Carton has published 8 books about the Internet, technology, business, and video games and writes regular columns for ClickZ.com and Publish.com as well as contributing to magazines such as Wired, Revolution, Stim, and POV. Sean is a sought after public speaker on issues of marketing, technology, and the Internet and has delivered keynote addresses to organizations such as EduWeb, EDUCAUSE, the Florida Telecommunications Industry Association, and the American Marketing Association in the US as well as to organizations in Italy and the UK.

Dr. Heller is the author of the book The Prodigal Executive (Author House, 2009), has more than twenty years experience consulting with leaders of Fortune 500 companies, growing businesses, and start-ups. He is an expert in the areas of leadership development, coaching derailing executives, and executive assessment. Dr. Heller brings a wealth of business experience and training as a psychologist to each client engagement. His strengths lie in improving productivity and performance through comprehensive assessment, facilitation, coaching, and training. Dr. Heller has taught graduate classes on the psychology of individual and group development at Loyola Marymount, Antioch, and Pepperdine University. He has been a guest lecturer at UCLA, UC Riverside, and Vistage (Formerly TEC). Bruce holds a PhD and a Master’s Degree in Education from the University of Southern California. Bruce A. Heller, Ph.D. The Heller Group, Inc. Executive Coaching, Leadership and Management Development (818) 981-4310 office (818) 687-3065 BruceHeller@HellerGroupInc.com

Mr. Weiss has over 35 years experience in banking and finance, and has been a successful entrepreneur and venture capitalist. In addition to these achievements, "J.C." has directed the entrepreneurship program at the Merrick School of Business where he is the Executive in Residence teaching courses in business planning and entrepreneurship.

J.C. is passionate about the field of social entrepreneurship and he sits on several local boards including Chesapeake Business Finance Corp, Baltimore Clayworks, University System of Maryland Foundation, Engineering Society of Baltimore, St. Agnes Hospital Foundation, and the Greater Baltimore Technology Council. Mr. Weiss can be reached at 410-837-4998 and jcweiss@ubalt.edu.

In addition to his consulting work, Mr. Tong is a lecturer at his alma mater, The Merrick School of Business at the University of Baltimore. His executive experience and dual qualifications in Health Care Administration and Finance provide his students with a rare combination of real-world, practical experience. In addition, he is currently the Director of the Accounting Honors Program, and Executive in Residence. Mr. Tong also serves as adjunct faculty at Johns Hopkins University.

Mr. van Vliet is a highly successful veteran of the HVAC, bio-pharmaceutical, and petroleum-chemical industries, an industry thought-leader, and popular business professor and mentor. For over 32 years, Frank’s rapid upward mobility resulted in him serving in the roles of director and vice president of marketing and sales in those sectors. Recognized for his thought-leadership, a global manufacturer of evaporative heat rejection and thermal storage equipment asked Mr. van Vliet to direct their global organizational leadership development program. Frank directed the re-deployment of one third of the company’s employees into positions to improve the match between employee strengths and company goals, substantially increasing job satisfaction and employee engagement.

Mr. van Vliet is a talented educator who teaches a variety of marketing and entrepreneurship courses at his alma mater, the Merrick School of Business, University of Baltimore where he also serves as Executive in Residence. In addition to these duties, Frank is a mentor and the academic adviser for both the UB Marketing Club and Mu Kappa Tau honor society. He is also active with the UB Alumni Association. 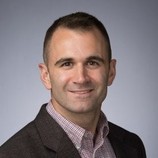 Considered an expert on small business accounting, he has been asked to appear on panels discussing a wide variety of challenges facing business owners and entrepreneurs. In particular, Joshua is committed to helping local business owners grow their dreams and better understand how they can leverage their finances to improve their business. Joshua can be reached at 800-717-6770, and at http://mfsaccounting.com

Beth founded Marketing Edge Consulting Group, based outside of Boston, Massachusetts. Beth empowers entrepreneurs to successfully grow their companies by helping them gain an understanding of how their customers think and what influences their purchasing decisions, then applies this knowledge to create targeted business development initiatives that drive revenue and fundamental growth while increasing profitability and customer loyalty.

Beth has authored two books: her first, The Ultimate Small Business Marketing Toolkit (McGraw-Hill) is used in 30+ cities around the U.S. to teach business owners the critical skills they need to accelerate growth. In her latest book, Lucky By Design, Beth exposes the fallacies and dangers of underestimating your own ability to control the destiny of your company and create powerful business opportunities.

Beth teaches Entrepreneurial Sales and Marketing at the Boston University School of Management and runs the university’s $50K New Venture Competition and $1K Concept Competition: The Terrier Trap. Beth manages BU’s educational partnership with ACTION (Association of Cleantech Incubators of New England) and is the Faculty Director for the university’s Online Graduate Certificate in Entrepreneurship Program (recognized by Fortune Small Business Magazine/CNN Money as one of the top 5 e-learning entrepreneurship programs in the U.S.). In addition, Beth conducts small business growth workshops throughout New England including several sponsored by the state of Mass.

Beth brings extensive practical work experience in marketing and sales to her teaching and her practice. She has been responsible for creating and executing marketing and sales programs for high-tech, banking and manufacturing firms, both in the U.S. and Europe. In her early career, Beth recruited and managed a 250-person sales force for a national healthcare provider and uses this sales expertise to help her clients understand the importance of blending sales and marketing techniques to achieve top line growth. She regularly conducts surveys and market research for her clients with results driving critical business decisions that support their ability to achieve solid growth. Beth can be reached at 508-893-0976, or email beth@m-edge.com, and http://www.m-edge.com

Raymond E. Pinard began his business career in 1980 working for various international, national and regional manufacturing and construction companies in areas such as accounting, finance, procurement, sales, marketing, human resources, and general management. In 1987 he moved on to assume the role of vice president of finance at an aerospace parts manufacturing firm, eventually taking a minority shareholder position in one of the company’s subsidiaries.

During the spring of 2005, Mr. Pinard was approached by the directors of St. Mary’s Bank, the Nation’s First Credit Union®, headquartered in Manchester, N.H., to make a career change. He had served on the bank’s board of directors for three years and was hired as executive vice president and chief operating officer, having sold R.E. Pinard & Co. He oversaw the consumer, mortgage, and commercial lending divisions, in addition to deposit and loan operations and marketing.

In 2006, missing the freedom and creativity of consultancy work, Mr. Pinard re-entered the consulting arena under the name Monticello Group, LLC. The firm focuses on working with top-level executives in validating or redefining their vision for their business, and working with them in providing focus to those issues that will achieve that vision and the desired results. Mr. Pinard’s creative problem-solving expertise and his broad experience across many industries have been beneficial in helping numerous companies achieve their goals.

Following his consultation with executives at 48HourPrint.com, an online commercial printing company headquartered in Boston, he was asked by the company’s directors to assume the role of interim CEO, and subsequently served as president and CEO for five years. Having assisted the company in redefining its vision, increasing its corporate value, and developing a plan for continuing success, Mr. Pinard decided to return to the consulting arena under the name of Monticello StrategiesSM.

As the principal and Chief Freedom ArchitectSM of Monticello Strategies, Mr. Pinard advises business owners, presidents and CEOs on how the principles of our Founding Fathers ¾ liberty, freedom, self-determination and happiness ¾ can help them achieve their goals. These principles are the foundation of The Entrepreneurial Freedom ProgramSM, the firm’s proven process that assists company executives in solving challenging business issues and gaining the freedom and satisfaction they are seeking in their lives.

Mr. Pinard has served as a director of the U.S. Chamber of Commerce and is regularly approached by civic and educational organizations for his expertise in a wide range of areas. He was a visionary and leading force behind the conception and successful completion of the Verizon Wireless Arena in Manchester, N.H., the most successful civic arena venture of its size in the U.S. He is also frequently invited for public and private speaking engagements and has written on business topics for a number of publications.